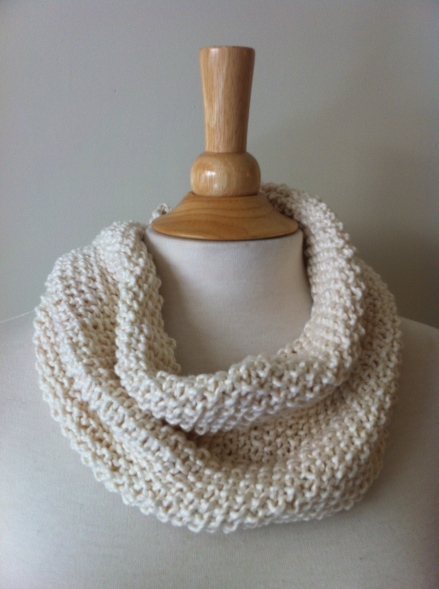 Cats might have nine lives but this skein of yarn lived just about 10. I initially purchased this cozy Blue Sky Worsted Cotton (in Bone) yarn from Purl Soho, along with several other pastel colors, to knit a baby blanket for a friend who’s expecting her first baby in December. I actually finished the blanket but I didn’t like how it turned out (it was too narrow) so I frogged it and tried again with some necessary tweaks. But even after knitting six skeins of yarn twice (and blocking the blanket twice — eek), I still didn’t like it. I took that as a sign that these yarns were meant to become something else.

I got the idea to knit a cowl after reading this post from Knit and Bake. It’s a very straightforward seed-stitch but its simplicity is so lovely it made me swoon. I love a seed stitch – it creates such wonderful texture and warmth. I can’t wait for the temperature to drop so I can adorn my neck with this cozy cowl. And a great part is that this knits up in no time.  I finished mine in about 4 hours, while watching the old Sex and the City episodes when the baby was a sleep at night.

Seed Stitch Cowl
(This pattern was inspired by a cowl by Knit and Bake. I changed the needle size and the number of cast ons.)

Cast on 77 stitches. Knit in the round, while trying not to twist. K1, P1 all the way across the row, until you have just enough yarn to bind off. Bind off loosely.

The finished cowl measured 24 in (circumference) x 8 in (length). 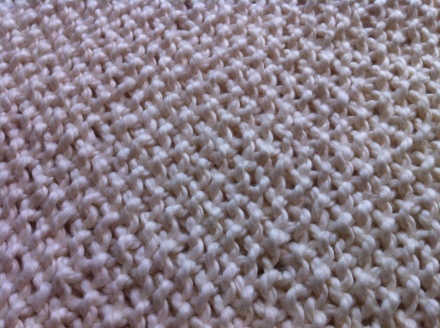 Just a quick note: I like my cowl really loose. If you like yours a bit more snug around the neck, reduce the number of cast on stitches. As long as the cast on ends in an odd number, you’re good to go! 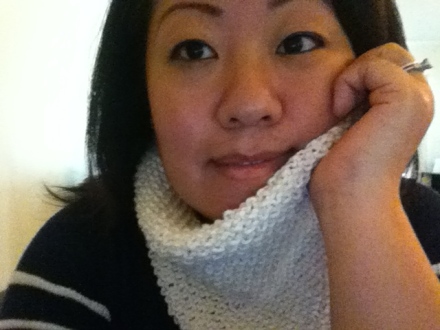 Is it fall yet?