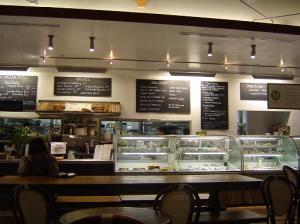 I used to dread lunchtime as a child. While my classmates ripped open a brown bag and pulled out peanut butter and jelly sandwiches, I opened my bento box quietly in the corner, making sure that inari and onigiri my mother packed didn’t invite any gag reflex from kids around me. Japanese food was virtually unknown to average households in the mid 80s, and sushi — perhaps one of the only recognizable Japanese foods at the time — was nothing more than a prop to invite some laughs in a cheesy John Hughes movie.

Fast forward 20-plus yeas and the Japanese culinary landscape has gone through a complete makeover, becoming one of the most popular cuisines among health conscious and open minded foodies around the world. In addition to the Japanese food powerhouse likes teriyaki and tempura, a little-known up-and-coming dishes like kinpiras (burdock) and hijikis (seaweed) are quickly becoming the forefront of many health movements, including the macrobiotics diet. 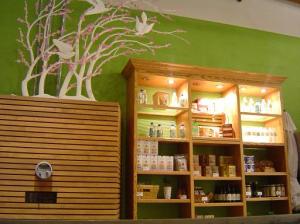 If you’re unsure about the Japanese cuisine or intimidated by macrobiotics lifestyle, simply visit M Café de Chaya in Culver City and you will discover how delicious and friendly this whole thing truly is. When you walk in the café, you’d think you just walked into a fancy patisserie in Paris with heavenly goodness filling the glass showcase. But instead of éclairs and napoleon, what you’ll find are a colorful array of salads including Kale with Spicy Peanut Sauce (me and my sister’s favorite), Sesame Seaweed, and Sesame Soba Noodle, and sushi like Shiitake Avocado Roll and assortments of Inari. The flavor of each dish is world class – not surprising knowing that the mastermind behind this contemporary macrobiotics cuisine is none other than the chef behind the famous Chaya empire. Oh, and yes, it has some of the best tasting desserts too.

At M Cafe de Chaya, you’ll never have to comprimise flavor for health, and vice versa.  It’s the best of both worlds! 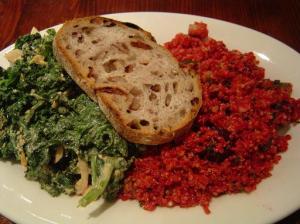 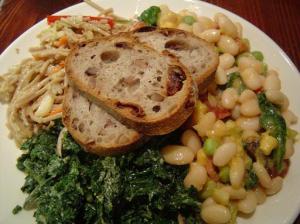 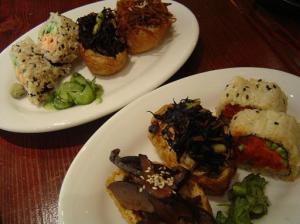 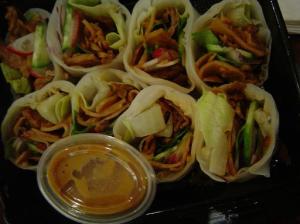 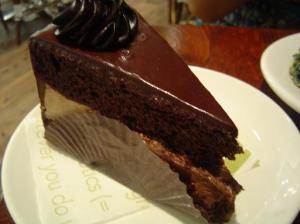 Thanks to my sister for introducing me to this wonderful place and treating me to this delicioius dinner!  It was a great weekend!