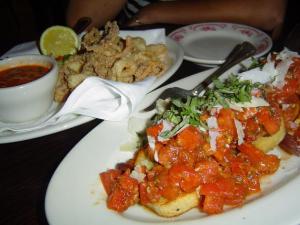 Maggiano’s Little Italy restaurant in Woodland Hills is a perfect place for me to get together with my former coworkers who still work at the company, because it’s a quick, five minute drive from the office I once called home (and a very dysfunctional one at that). So when my long lost ex-colleague called me out of the blue, we agreed to meet at this family-style Italian restaurant to catch up over some wine and great appetizers.

I was actually really looking forward to this soiree with my friend because I had not seen him or talked to him in more than two years. I wanted to hear about how his life is going, and wanted to share some of the things I’ve done since we last spoke. Good drinks, wonderful appetizers, and a great company … how bad could it be, right? Well, Ina, you were soooo wrong on this one (if you don’t get this reference, please watch this).

There aren’t that many things that bother me in life, but punctuality is one of my pet peeves, so you can probably imagine how antsy I was when he showed up an hour late. But I let that one slide because I know how things get, especially at the end of the day.

When he finally arrived at 8:00 p.m., we walked into a dim-lit bar where I ordered a glass of Pinot Noir and he a chilled Chardonnay (our drinks of choice had not changed since last time). After we ordered a couple appetizers, we finally got situated to talk about all the things we’ve missed – or so I thought. Before the food arrived at our table and even before I was able to tell him some exciting things that’s going on in my life, a stranger walked in and sat on the stool next to me. My friend turned to the man, shook his hand, and started a conversation. It took a second for me to realize that they know each other and that he had invited this guy, who turned out to be his coworker, to our dinner. I like meeting new people and he turned out to be a really cool guy, but I was a bit caught off guard … wasn’t this suppose to be the time for two old friends to catch up? Instead, I ended up listening to two men talk about work and other boring shit, completely removing me from the picture (come on, I love to hear office gossip but at least talk about people that I actually know, you insensitive fools!). I never felt more invisible in my life and I wasn’t even at a super-trendy Hollywood bar or anything! 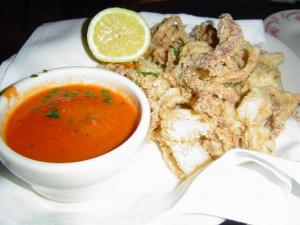 It gets worse. After spending an hour listening to irrelevant crap, it turned out that they had a softball game at 9:00 p.m. I wasn’t even finished with my food and wine when they got up to get ready to leave. My friend opened his wallet, handed me over his credit card, and said, “The dinner is on me. And I’m going to leave this card with you so now you HAVE to come to the softball game and cheer for us!” WHAT THE F%$@? Was this guy serious? Was he really going to desert me in the middle of dinner?  Couldn’t he just wait five more minutes to close out the god damn tab?  I hope he didn’t think he was being cute with the “come cheer for us” shit because it definitely wasn’t.

So here I was, completely alone in a crowded bar at Maggiano’s, stuck with my unfinished dinner and a half-full glass of wine. I managed to finish most of the food and emptied out the drink, but they no longer tasted good. I felt really foolish sitting there all by myself while the waitress looked around, wondering where the two men disappeared to.

After I paid for dinner, I left the restaurant feeling miserable, and dreaded going to the park to return his credit card. I didn’t want to waste an hour watching his stupid softball game, so I went to a nearby bookstore to kill some time. After about an hour, I drove to the park but it turned out that the game had ended and he and his teammates were headed over to a nearby sports bar. Although I had asked him to wait for me for a few minutes until I got there, he still left! So I had to turn my car around to find the bar, which, yes you guessed it, was already closed (with my luck that night, of course it would be). I ended up waiting for him for 20 minutes in front of the closed bar like a fool, until he finally arrived.

Well, there are more to the night but I’m not going to continue this rant because even just thinking about it makes me upset all over again. I guarantee you that he’s completely oblivious to what he had done and how shitty he made me feel, but I’m not going to take the time to dignify it with an explanation. I had wasted enough time already. Instead, he received a lovely email from me, which stated, “Now I know why we only see each other every two years.” Actually, make that 20 years and shove it! 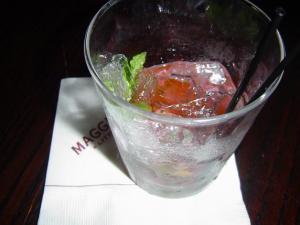 If there is anyone out there who actually managed to read this entire post (I appreciate your patience), please note that it’s not a good idea to ① invite strangers to dinner without your friend’s consent, ② fleet dinner while the food is still hot and leave your friend all stranded, and ③ leave your fucking credit card expecting your party to not only close out the tab for you, but return it. But please DO go to Maggiano’s, it’s a wonderful place to ACTUALLY catch up with real friends.

(Thanks for allowing me vent.  I know this is really childish of me, but I feel so much better now.)