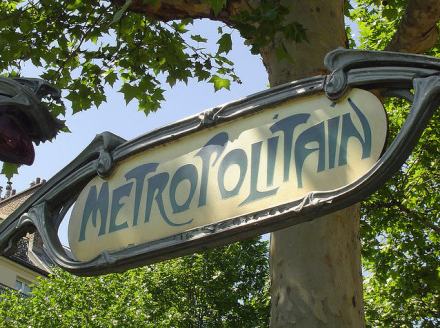 Bonjour from Paris!  No, not Paris, Texas!  Paris, as in France!

I decided to go to Paris a few months ago after watching the movie, It’s Complicated, and hearing how Meril Streep’s character Jane went to Paris to take a six-day pastry course and ended up living there for a year. After watching the movie for who knows how many times, I found myself enrolling in a two-day bread making course at Le Cordon Bleu. A day later, I received an email response from the legendary culinary institution confirming my enrollment. There was, however, a little hiccup with my credit card company (it placed a hold on the payment as it raised a flag for being an international transaction) and I have not heard back from the school after that so I’m actually not 100% certain that I’m still enrolled, but I didn’t care. I still went ahead and booked a flight to Paris anyway. And that is the reason why I’m here in the City of Lights, blogging away from a little petit Parisian hotel in the lovely 6th Arrondissement neighborhood of Saint Germain!

The flight from Los Angeles to Paris was a breeze. Despite a slight turbulence in several areas, everything went smooth. The in-flight meals in Air France were a lot to be desired (chicken with Dijon mustard sauce sounds so much better on paper than on a plate) but the service was very good. I was particularly impressed with the selections of in-flight movies (they were showing Toy Story 3, Inception, Salt, and many other new releases). Out of pure curiosity, I tried watching The Sex and the City 2 in Japanese but it was so awful that I only got through the first five minutes! They made Miranda sound like the Japanese interpretation of white trash! Everything was lost in translation and I couldn’t stand to watch my favorite girls get butchered like that, even by my own people!

Once I arrived to Charles De Gaulle Airport, I was ushered to a Custom officer who took a quick, two-second glance at my passport and let me through. No paperwork, no “how long are you going to be in the country” questions, nothing. After I collected my luggage, I saw another custom officer who asked me the standard questions in perfect English and after I answered “no” to everything (no, I don’t have $10,000 or have any valuables to claim), they let me through. A second later, I was outside, on the street of Paris, breathing the Parisian air! 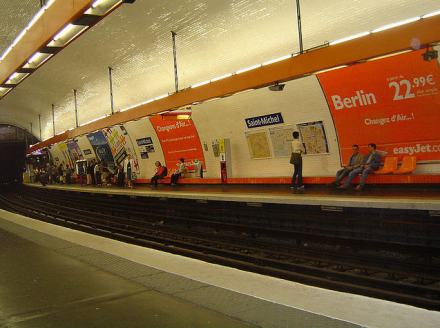 From the airport, I took the RER B train to the St. Michel / Notre Dame station, a mere 30-minute train ride. The ride was about 9 Euro. The ticket machine only took coins and since I didn’t have any, I stopped by a nearby kiosk, purchased a pack of candy, and got some change. After I arrived at St. Michel / Notre Dame, I changed the train to Metro Line 4 to Odeon. After I got out to the streets, I had no idea which direction I was suppose to go to get to my hotel, so I just headed to whichever direction I was in the mood for. It turned out that I was going a wrong way (of course) and a kind guy at a magazine stand pointed me to the right direction. The hotel was literally two blocks from the station but I ended up walking for at least 15 minutes, in the rain, until I realized that I was going the opposite way (a very typical of me).

After I checked into the hotel – a hotel that received many raving reviews on travel Websites, by the way — I unpacked my luggage and rested a little. I was a bit disappointed with the hotel because the room is very small and there are no lights, expect for a few dim-lit stands, but I’m sure this is a typical of Paris hotels. It’s charming, sure, but there’s no bathtub, no bed stands, nothing. It’s pretty much just a bed, a little desk, and a bathroom in here. Because I’m staying for 10 days, I was updated to a master room of some sort, with extra space with two chairs and a round table, but I’m not sure what’s master about it. But all in all, the staffs were courteous, the room is clean and comfortable, and I have a free WiFi access, so there is nothing to complain about! Oh, and the complimentary toiletries are from L’Occitane!  YAY! 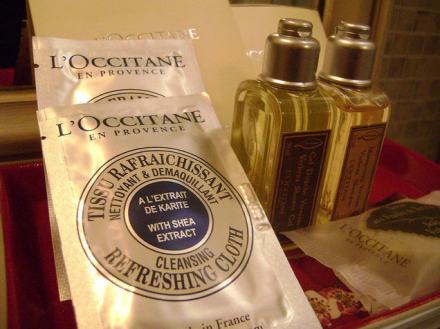 I still can’t believe I’m in Paris. I pinch myself every minute to make sure that I’m not just dreaming. And I’m sure I’m going to be pinching myself for a while, until my cheek turns bright red, like pomme (that’s apple, for you and me).

Here’s my first French lesson: Cold in French is “froid” and hot is “chaud,” so naturally, your faucet will say either “F” or “C.” I mistaken “C” as cold so I turned the faucet to “F” and waited for a long time for the water to get hot, until I realized that I went a wrong direction … again. 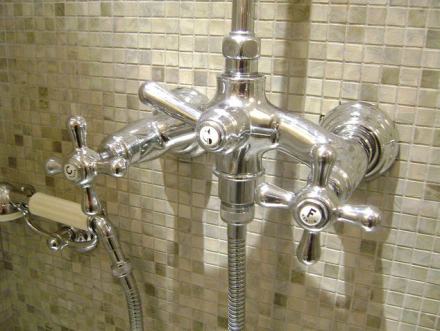 P.S. The two photos you see on top (of the Metro sign and the train station) were taken on my previous trip in 2004. Since it’s raining here, I haven’t had the chance to take any good photos yet … but I thought I’d share a slice of Paris with you!

4 thoughts on “Bonjour from Paris!”