People aren’t kidding when they say that there is nothing like New York in the springtime. Even for someone like me who’s been incredibly spoiled with the year-round Southern California weather, the spring in the city is truly something else!

After spending the first few days in cold rain and unfriendly wind, we were finally welcomed by the sun and its beautiful 75-degree ray, as if it were urging me and my colleague / friend H to get out of the office and take in the warmth on the lovely Friday afternoon. Never the ones to decline such tempting invitation from mother nature, we wrapped our day’s work a little early and headed over to Manhattan for a late lunch and a well-earned break!

The front of Purl SoHo on Broome Street

We took the C train from Brooklyn to Canal Street, a mere 10-minute ride, which landed us in the neighborhood of  SoHo. The primary mission today for me was to visit a lovely yarn and fabric store, Purl Soho, owned by Joelle Hoverson, the author of my favorite craft books, Last Minute Knitted Gifts and Last Minute Patchwork + Quilted Gifts. I had been dying to check this lovely store out, which recently moved to the new, larger location on Broome Street. While most people list famous landmarks like the Empire State Building, Statue of Liberty, and Broadway shows as the must-sees in New York, I have Jacques Torres Chocolates in Brooklyn, Ronnybook Milk Bar in Chelsea Market (for the best yogurt in the world), and yes, Purl Soho, on my priority list. 😆

I actually visited Purl Soho already the day before. I made a beeline to the store right after work last night and spent an easy two hours browsing and salivating over colorful fabrics and luscious yarns from its robust collection. Although I came back to the hotel that night with a good sampling of fabrics, including a floral print from Liberty of London, I couldn’t stop thinking about the rest of the designs that I passed up. I was determined to return to the store to pick up a few items that I could not leave NY without having them in my possession! So there I was, back in this crafter’s dream, nearly passing out from the cuteness overload once again. Hoverson’s tastes in yarn and fabric selections are simply impeccable. She is the epitome of chic style, and I am so inspired by the vision and creativity she exudes in everything she does. I wish I can pluck this heavenly store and bring it back to Los Angeles. 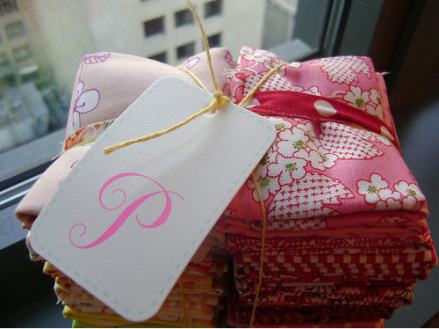 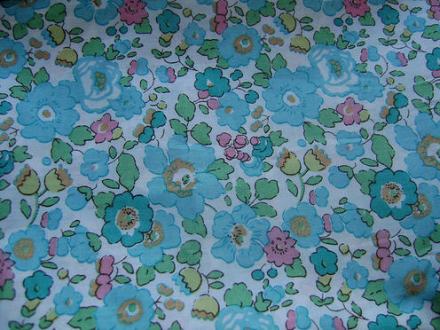 The amazing Liberty print … it is so dreamy!

After I satisfied my textile needs, H and I walked over to the Greenwich Village and walked through NYU. We relaxed a little in Washington Square Park, which was lively with people enjoying the music and the sun, before heading over to Carrie’s Stoop (I wanted to show H the place since she’s also a fan of Sex and the City) and enjoyed Magnolia‘s cupcakes and an ice-cold drink at the park across the street (it looks like this is becoming my ritual when vising NY). What a perfect day to be outside!

The peek of the Empire State Building from the Arch 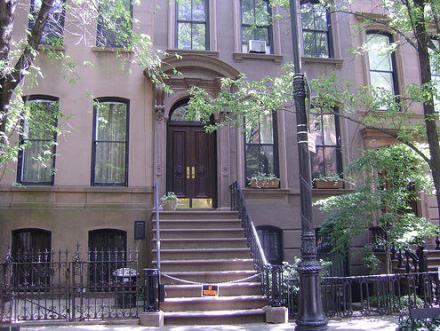 If I lived in Manhattan, I might want to live in the Village or Soho.  These places are alive with such great energy and make me want to enjoy being in the present.  There were so many hidden gems in the neighborhood, including shops like Sabon and Soapology, which specialize in bath goods and offer natural handmade soaps.  I love that they cut a piece of soap for you at the store upon request. Needless to say, I came home with bag full of soaps to add to my soap collection at home!

Soapology in the Meatpacking District 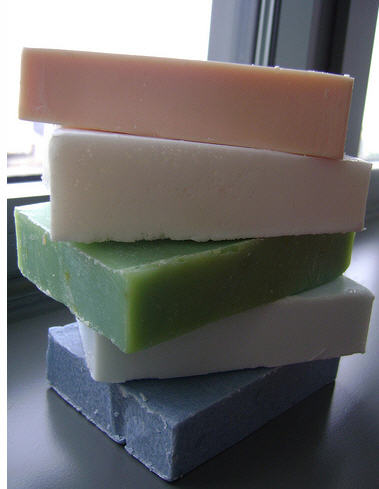 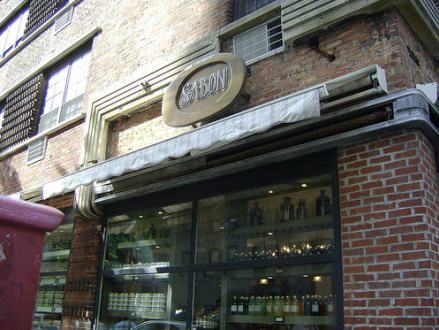 Sabon in Greenwich Village — there are other locations all over New York, as well as Boston and Chicago

The forecast tells us to expect rain over the weekend but that will definitely not stop me from exploring the city even more! It’s been a long and tiring week at work but an afternoon like this in the city makes all the hard work worth it.

I heart New York.  Oh, and my hotel room smells incredible now from all the soaps!  🙂

6 thoughts on “Springtime in Manhattan”